Have you tried writing down every idea that’s a) valuable and b) you definitely could do it over the weekend? None of that “change the world” stuff, something that really could be done at home, or with friends.

Back in the school, I tried that once. In about a week I had tens of pages filled with one-liner concepts that all looked great. Some of them even had (very optimistic) budget/outcome estimates. I started working on them, one by one. And for some time it was good. Great, even.

Except that for every idea that was done (and dozens of crossed out unsuccessful ones), I had a solid hundred fresh ones. After going into high thousands, I suspected that something was wrong.

Using my own estimates, it would’ve taken thousands of years to implement all of them, and tens of years even to try. Maybe that’s how people start dreaming of immortality :)

I took all these papers and threw them into a trash can. It was a sad day.

Oh, look, another idea! Maybe I should’ve made a Twitter account out of them, er… if Twitter existed back then. I got my first PC a year later, and a dial-up Internet another year after that

Of course, if I open Twitter now, and try to “think of a new idea,” my head instantly turns into a pristine blank slate :D
Ideas don’t come up from nowhere. They’re like sparks of the fire, fueled by what you do, see and hear, even what you fear.

Still, ideas never stopped coming, and over the years I’ve accumulated quite a lot of drafts, code, and other stuff.

Something was still wrong. Even for the finished projects, the dreamy outcome almost never happened. They were just piling up, valuable and useless at the same time. Even worse, by the time they were ready–conditions that made them valuable often have already disappeared.

At the same time, some problems occurred again and again, and I often saw the solutions, but they seemed either too dull, too obvious, too hard, or just outright wrong–otherwise, I thought, why is nobody working on them?

Only much later in the university, I understood that:

That’s how I got into the information security, robotics, distributed systems and so on. By trying to find a place where my ideas might apply.

Next time, I’ll write about what I’m working on right now. I started that post already, but then got side-tracked into my memories of how I got here, and that’s what you’ve just read :) 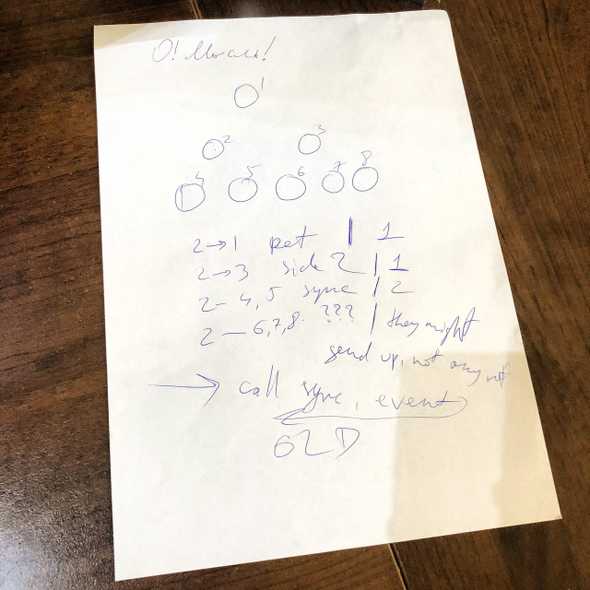